Marco Mancassola was born in Northern Italy in 1973. His literary works are published by the main Italian publishers and by Gallimard in France. His books earned several literary prizes including the Premio Fiesole. His last novel Gli Amici Del Deserto has been recently published in France. He currently lives in London.

I don’t think my book is postmodern; there are surely elements of caricature and a few funny characters in it, but the main mood is rather elegiac. Philip Roth or Marcel Proust are probably more influential to my writing than any postmodern author.

Having said that, what happened when the book was published in English was beyond postmodern! It was a pretty telling tale of how things work with the media in the age of news aggregators, and how helpless literary fiction is when facing the reality of this world. A sensationalistic piece published by The Independent started a domino effect of news stories on the web – including Drudge Report, Buzzfeed, the Daily Mail website, The Hollywood Reporter, The Washington Times, The Huffington Post… all basically repeating the same thing: that an Italian writer had written a book about Batman’s homosexuality.
In fact, the Batman in my book is a completely reinvented character, who only takes the pop-icon allure from the original and becomes a radically new literary character, as complex as many literary characters are. Moreover, he’s nothing but one of the characters of the book. The novel is about a group of people who age, love, and die. It is also about a father who loses his son; about an immigrant family and their American dream. What happened, though, is that a work of literary fiction became material for that sort of trashy non-news that goes viral on the web. It would be as if Buzzfeed published a story about a Russian writer who says that sex with underage girls is ok. That could be one way to look at Lolita, but perhaps not the most accurate.

And yet, recently the art world, for instance with Gilles Barbier and his Retired Superheroes, has got us used to meditations, sometimes serious and sometimes ironic, on superheroes. When it comes to literature, this still seems to be a taboo.

There is no taboo; it is just a matter of communicating what a book is really about, rather than creating a pointless fuss. I felt sorry that a few comic-book lovers felt outraged when they heard about my novel, as I used to be a keen comic-book reader myself. But a literary novel – whether it is good or bad – cannot be judged by what one reads in the headline of a news website.
So I would say that the lesson, here, is about the importance of communicating about a book in the right way. Even in France, where the book did fairly well, its success was double-edged: the hardcover copy, with its dramatic cover, was praised by both critics and readers; the paperback, released with a cheeky cover, sold well but left some readers disappointed, as they were expecting a comedy. I have never been fond of that cover. On the other hand, it is no secret that both publishers and writers nowadays struggle to communicate about their books: they want their books to be taken seriously, but also to be seen as entertaining. Meanwhile the literary pages of newspapers have become a tiny, uninspiring, and irrelevant niche; but what lies outside the literary pages is a perilous minefield.

Your new novel has just been published in France by Gallimard under the title “Les Désertés”; a “buddy novel” set in the desert that revives the myth of male friendship, an existential journey as a way to question the modern world: is that the message you intended to deliver?

“Les Désertés”, which in English would probably read “The Deserted”, is about our chance of escaping the unhappiness of the world. There is such a blurred line between the unhappiness caused by the society we live in, and the unhappiness we cause to ourselves. The novel is also about our need to marvel at things; at a world that is still something more than just a screenshot from Google Earth. The story features a depressed Italian comedian, the beauty of the American desert, a bunch of monks and a shaman… Compared to “Erotic Lives”, the subjects of ageing and the body are less prominent. And the structure is simpler and more straightforward; more cinematographic, in a way.

I think the book has been optioned with a view to try and develop a mini series. But I don’t know whether anything is happening with the project. I also imagine that significant changes would be needed in order to use the characters of the book on screen. I wouldn’t mind the changes and seeing what they do with the material of the book. But, again, I have no idea whether anything will happen.
Right now I am excited about another film project, based on a short story of mine. It will be an Italian-French-German coproduction. The directors won the Semaine de la Critique section at Cannes Film Festival two years ago; one of the producers won an Academy Award with “The Great Beauty”. So it is a good team. I feel grateful that a story of mine will be able to have a second life on screen. 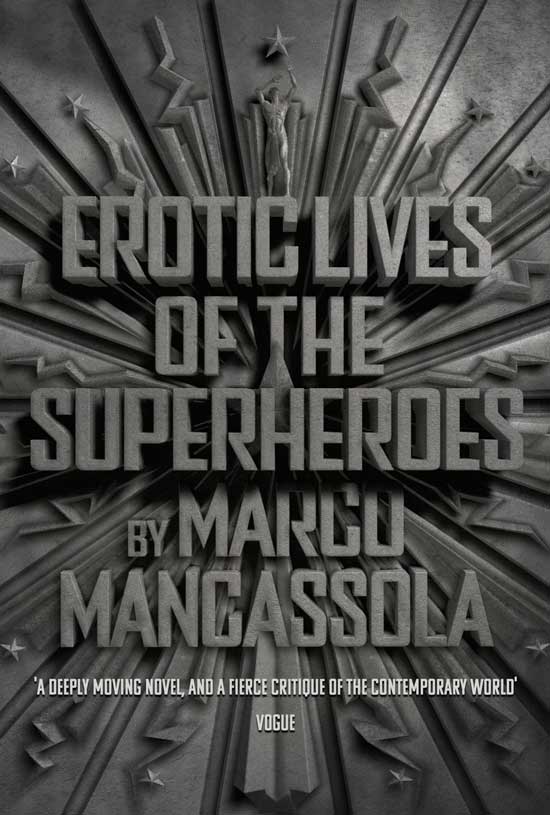